Born in Paris in 1926, Nadia Werba studied philosophy and literature at the University of Buenos Aires (Argentina) and was introduced into painting by Demetrio Urruchua a famous Argentinian Artist. She went back to Paris in 1949 where she got married with the giornalist Hank Werba and continued her studies at the Sorbonne Unitversity in Paris and worked with André Lhote and Fernand Léger.
The married couple moved to Rome in 1951 where her first daughter Amy Michelle (actrice, living in Paris and New York) was born in 1954 and Nadia W. started her career as a professional painter with individual exhibitions.
In 1956 the family moved to Madrid, Spain, where the second daughter Alice Renè (giornalist, fotografer and painter living in Italy) was born and Nadia founded the “Platero group of intuitive drawing“ for children. In this 12 year period in Spain Nadia W. became active part of wellknown Spanish artists, together having national and international expositions. More and more she got part of the Spanish Expressionist Painters. In 1663 her work was selected to represent Spain during the Biennale of Venice.
In 1963 Nadia’s son Marc Adam was born (film composer). Nadia entered into the world of cinema and wrote and directed short films, TV movies and the two features: “My Mother, My Daughter” and “Eva’s dreams”. She also took part in cinema festivals either with her films or as member of the jury. She did a film about Piero Gerardi winning the first price at the San Sebastian Film Festival in Spain . Her films were also presented on the Venice Film Festival, Berlin Film Festival and many others. She shot the last special about Roberto Rosselini and also did films in Iran, Pakistan, Lesotho and Cuba.

After this long and creative period in Spain Nadia W. and her family moved back to Rome where she continued filming and attended the San Giacomo School of Art studying mural technique and ceramics. In 1993 Nadia lost her husband but continued painting, sculpturing and doing ceramics. Living between Rome and Paris her family grows. Today she has 4 grand-children and one more in it’s way. Also the grandchildren are working in art, photography and film.

Some of her paintings are in museums (“Reina Sofia” in Madrid, in the “Museum of Contemporary Art” in Barcellona, in the “Ixelles Museum” in Brussels and in several Californian museums as well as private collections around the world. Many important writers and art critics wrote about Nadia’s art, between them J.E.Cirlot and Jose Maria Moreno Galvan (Spain), Alberto Sartoris (Italy), Marcel Fryns (Belgium), Raoul Villedieu (France) and Dolf Welling (Germany).

Moreno Galvan once said about Nadia Werba: “To achieve Art is necessary to create a new art. Nadia Werba’s art like that of any other real artist, fulfills both the law of creation and as well as her personal impulse which represents her own law.” 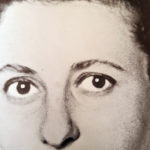 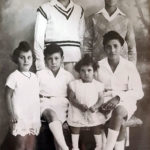 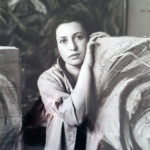 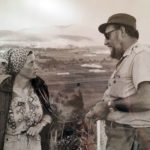 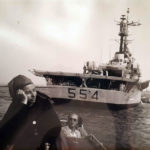 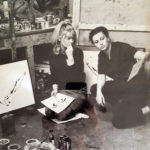 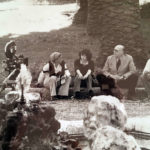 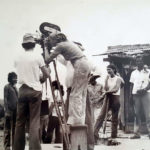 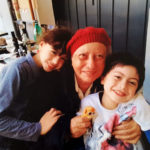 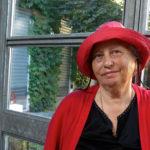